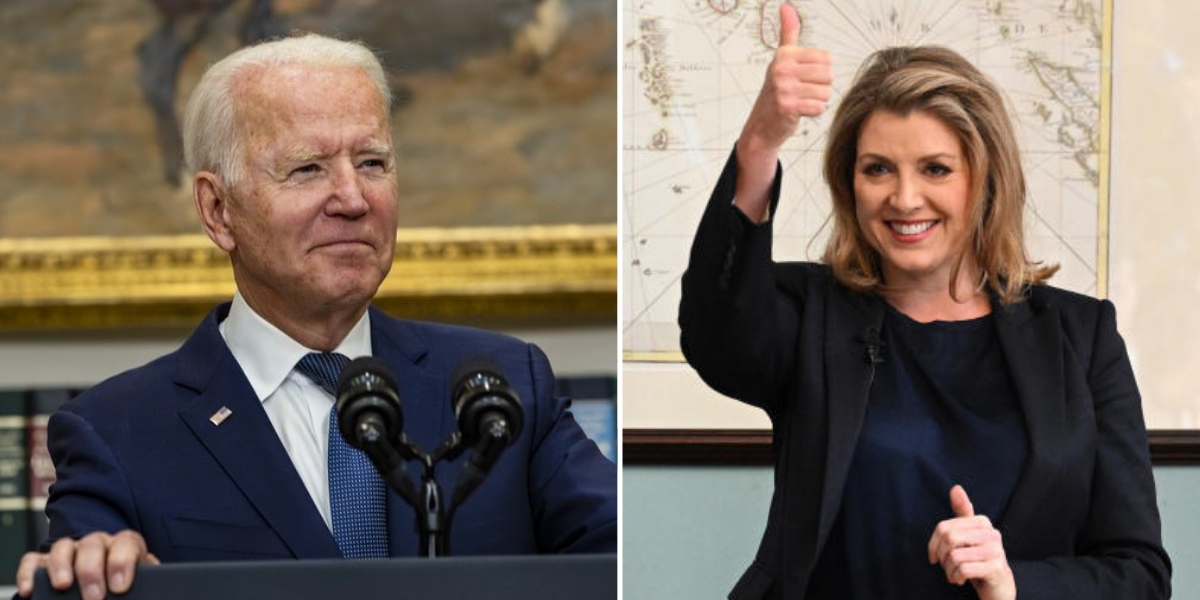 Brexit Britain is one step closer to a free trade agreement with the United States today, after strengthening a £200 billion agreement with North Carolina.

The agreement will reportedly seek to reduce trade barriers and reduce bureaucracy, allowing businesses to collaborate more efficiently, and will supplement the existing £200 billion deal with the government.

It is the second trade and economic Memorandum of Understanding signed with a US state, following a similar agreement with Indiana in May.

However, its announcement has been marred by controversy, with Conservative insiders expressing displeasure that Trade Minister Penny Mordaunt planned to make the announcement on the same day as today’s crucial vote to determine the two final candidates in the Conservative leadership race.

The agreement was not announced until after the final ballot had been cast.

Ms Mordaunt was eliminated from the competition after receiving only 105 votes, compared to Rishi Sunak’s 137 and Liz Truss’s 113.

While only at the state level and not at the federal level, the agreement reflects an improvement in relations with the US, with the government stating that it is “part of a larger US trade strategy.”

Mordaunt added: “Our twin-track approach to trade with the US is helping cut bureaucracy, reduce costs and increase exports and investment, and I look forward to seeing UK businesses reap the benefits.”

It is remembered that Joe Biden has previously stated that he will not consider a free trade agreement until the issues raised by Boris Johnson’s Northern Ireland protocol are resolved.

Joe Biden’s views on the Northern Ireland protocol may stymie future trade deals with the US. In 2020, the US president stated, “Any trade deal between the US and the UK must be contingent on respect for the Agreement and the avoidance of a hard border. Period.”

However, Mr Johnson’s departure from No. 10 may help to assuage US concerns, with Barack Obama’s Europe adviser stating that “when the dust settles in London, Johnson’s resignation will do more good than harm to the US-UK relationship.”