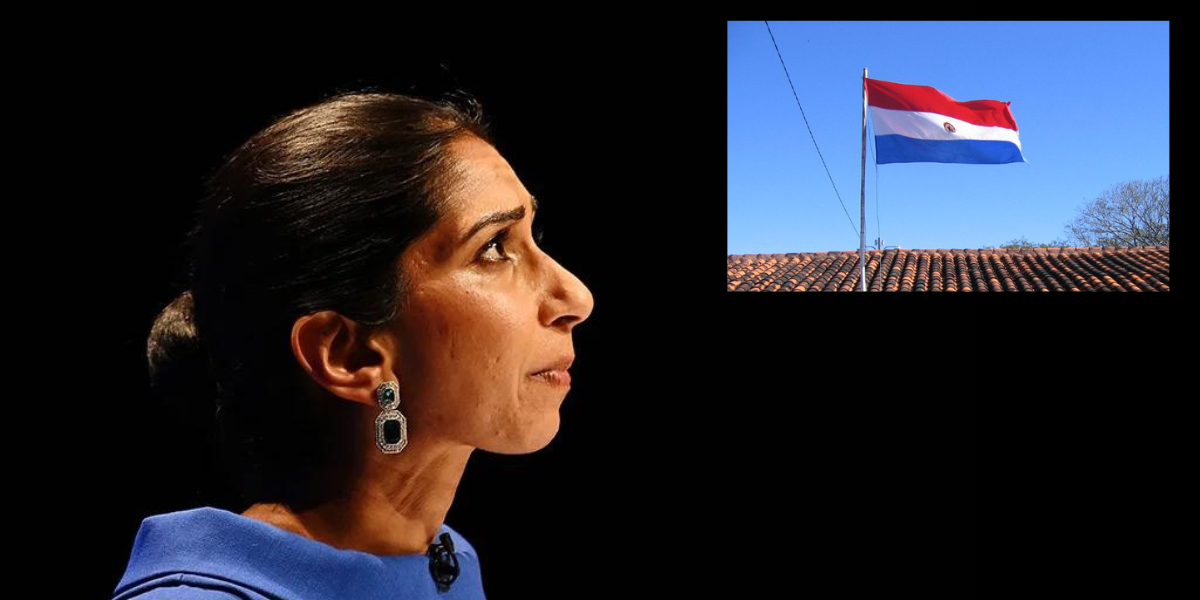 Suella Braverman has come out fighting in her bid to end the Channel migrant crisis, with the Government negotiating new deportation deals with at least three new countries.

The under-fire minister is advancing talks with Paraguay on alternatives to Rwanda.

Other countries thought to be in line for deals include Peru and other South American countries, with another African country “also in the mix,” according to a source.

Ms Braverman is said to have agreed to return to the Home Office after supporting Rishi Sunak in the leadership election on the condition that she would “have a free hand” in dealing with illegal immigration.

So far this year, nearly 40,000 people have made the perilous journey from France with the assistance of organised criminal gangs.

The taxpayer pays £6.8 million per day to house them in hotels.

“We have other talks going on, Paraguay is the most advanced at the moment,” a senior Whitehall source revealed.

“We must disrupt the people traffickers’ business model, and we can only do so if the people they bring over understand that their final destination will not be Britain.”