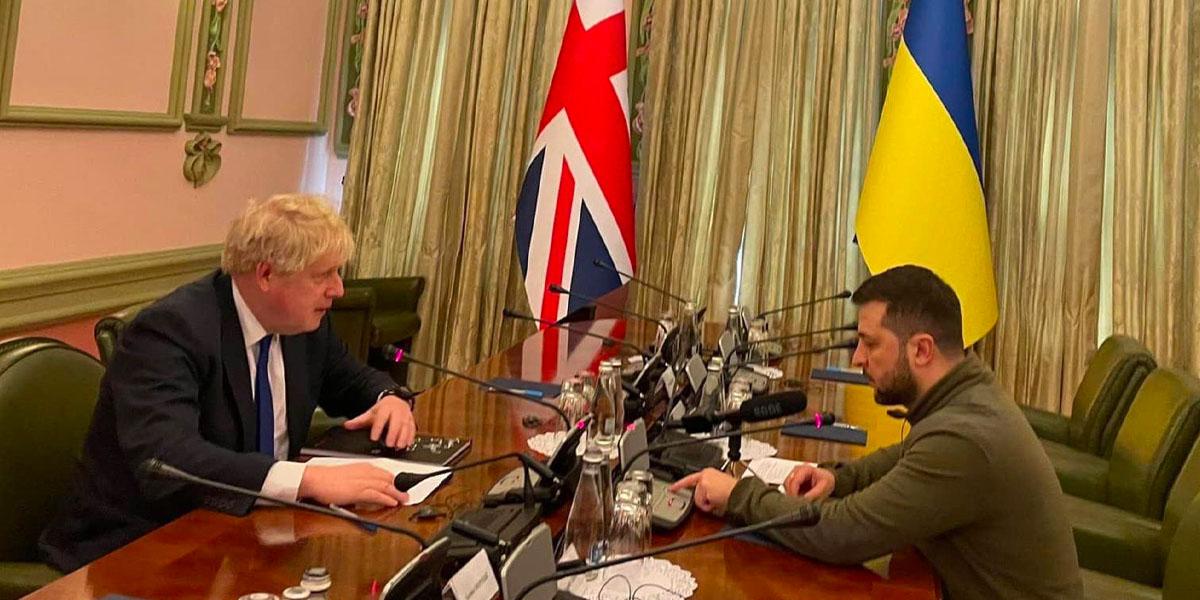 Boris Johnson has met Ukraine’s President Volodymyr Zelensky in Kyiv today in a surprise visit, after travelling to the capital late on Friday.

A picture shared by Ukrainian officials showed the pair sitting across the table from each other, their respective flags on the far side.

Details of the meeting had not been made public prior to the image’s release. The Embassy of Ukraine to the UK was one of the first to share the picture.

A No 10 spokesman later said the Prime Minister was using the visit to set out a new package of financial and military aid which comes the day after he announced a further £100 million worth of UK military assistance for Kyiv’s forces, including anti-tank and anti-aircraft weaponry and so-called ‘suicide drones’.

Ukraine’s presidential aide Andriy Sybiha wrote on Facebook: ‘Boris Johnson’s visit in Kyiv began just now with a tete-a-tete meeting with President Zelensky. The UK is the leader in the defence support of Ukraine,’ he added, describing Johnson as ‘the leader of the anti-war coalition. The leader of sanctions on the Russian aggressor.’