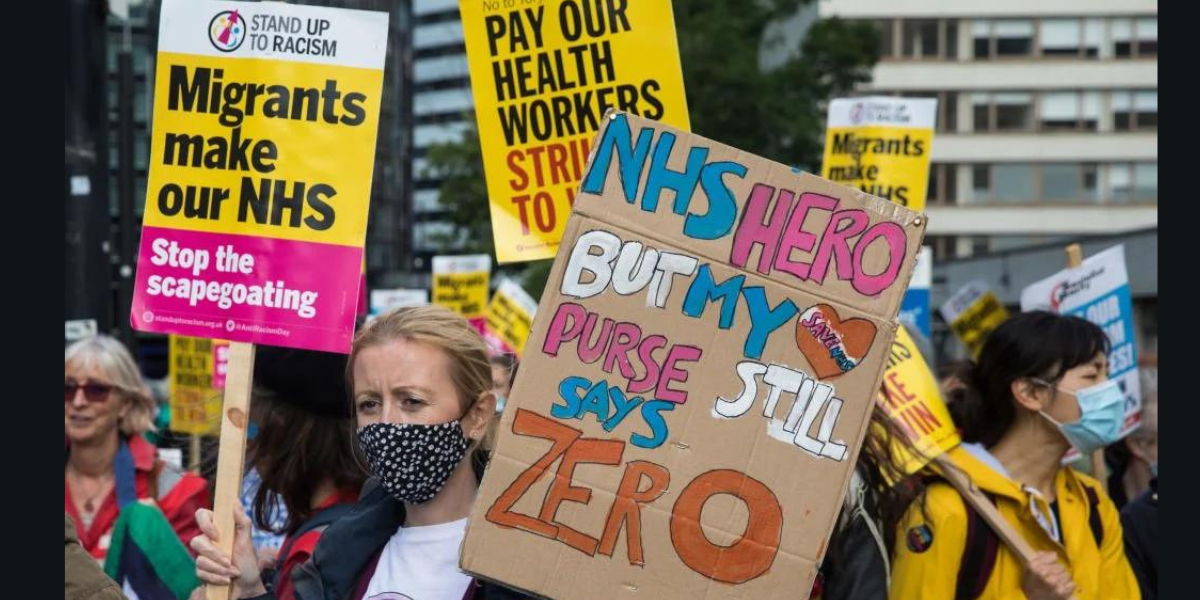 The largest health union is starting a strike ballot among its members in England, Wales, and Northern Ireland.

Unison is asking 350,000 NHS workers, including porters, nurses, paramedics, and cleaners, to vote on whether to strike over pay.

However, a ballot of its 50,000 Scottish members that was already underway has been halted due to a new offer.

The English government has urged employees to consider the impact of a walkout on patients.

It stated that it had raised salaries in accordance with what the official NHS Pay Review Body had independently recommended.

NHS staff in England and Wales have received an average pay increase of 4.75%, with additional pay for the lowest paid.

Even so, nurses in Northern Ireland have yet to receive the pay award.

In Scotland, ministers increased their initial 5% offer to a flat rate of just over £2,200, which is worth more than 11% to the lowest paid, prompting Unison leaders to suspend their ballot, which was set to close on Monday.

Christina McAnea, general secretary of Unison, stated: “Strikes are the last thing dedicated health workers want to do, but with services in such disarray and staff struggling to deliver for patients with fewer colleagues than ever before, many feel the end of the road has arrived.

“The NHS is losing experienced staff at alarming rates. Health workers are leaving for work that pays better and doesn’t take such a toll on them and their families.”

“If this continues, the health service will never conquer the backlog and treat the millions desperately awaiting care.”