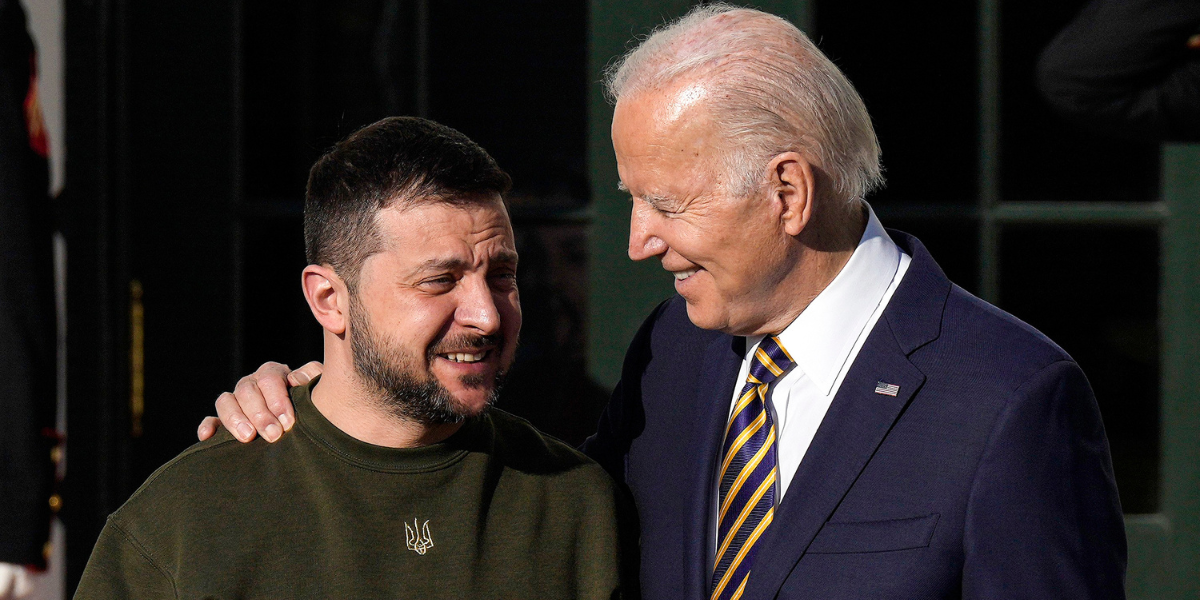 President Joe Biden welcomed Ukrainian President Volodymyr Zelensky to the White House on Wednesday, describing him as the “Man of the Year” during a meeting in the Oval Office.

Zelensky is visiting Washington, DC for the first time since Russia invaded his country.

He thanked Biden for his support and stated that they would meet to discuss the ongoing challenges in the war with Russia.

“We control the situation because of your support,” Zelensky explained.

Zelensky tried to express his gratitude to Americans for the aid that they had received.

“I really, all my appreciations from my heart, from the hearts of Ukrainians, all Ukrainians,” he continued, speaking in English. “From our nations. Strong nations. All appreciations to you first of all Mr. President for your big support and leadership.”

Biden said he was “delighted” that Zelensky could make the trip and noted that he had “inspired the world” with his leadership.

During their meeting in the Oval Office, Zelensky gave Biden a medal which he said was given to him from a Ukrainian captain to give to Biden.

“Well God love you,” Biden said, as Zelensky handed him the medal.

“Well, undeserved but appreciated,” Biden said about the gift.

Zelensky’s visit takes place as Congress is preparing to approve another $45 billion to Ukraine on top of the already $66 billion in military and economic aid for the country.